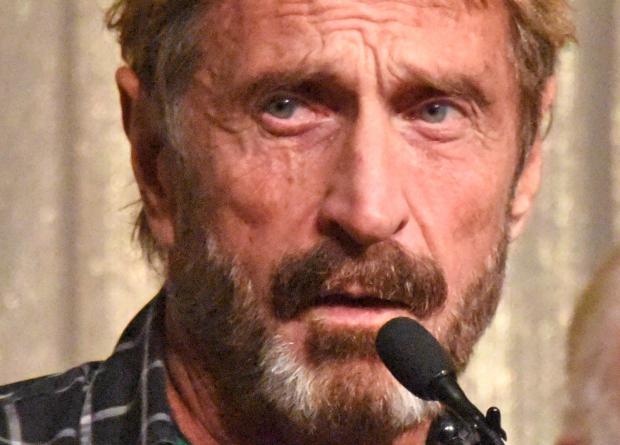 His Ghost phone service, however, will be launched as planned, he emphasized, adding that there will be a new cryptocurrency for the Ghost ecosystem.

John McAfee's Trouble With Ghost Crypto
John McAfee, who has been building the Ghost ecosystem that includes the privacy-centric ghost cryptocurrency, an exchange, and phone service, has announced that he is no longer supporting the ghost cryptocurrency. He tweeted Wednesday: "I am abandoning the Ghost project. Management is incapable of making a success of the project. It will, without a doubt fail." He then apologized to those he "led astray."

The antivirus tycoon insisted that he really believed in the ghost cryptocurrency but Switch CEO Josh Case ruined everything. "Josh controlled the project. He was killing it," McAfee told his Twitter followers. "Josh is an idiot," he continued to tweet. "I added Ghost to my Ghost ecosystem because I had his assurance that he would be 100% focused on ghost. He never fulfilled that promise. I could no longer support a project managed by someone working on Clearpoll, Ethershare etc."