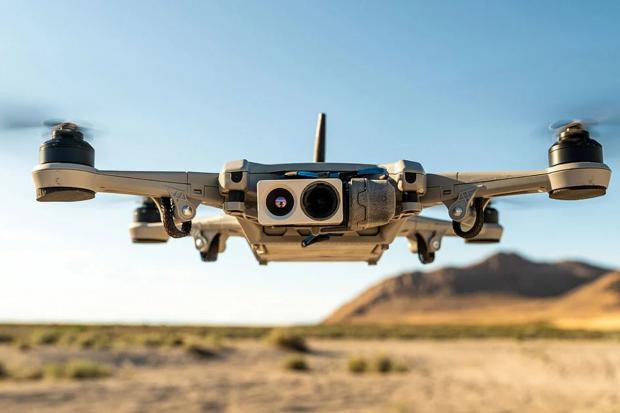 DJI may be synonymous with "drone," but after the US Armed Forces, the Pentagon, and the Department of the Interior started banning and grounding Chinese models over spying fears, it created a vacuum in the market for a drone the United States government could trust.

But the US Department of Defense may already be filling that hole. It just wrapped up a program designed to find more palatable drones — one that actually kicked off in November 2018, arguably long before the tensions with China boiled over.

Today, the DoD's Defense Innovation Unit is announcing not one, not two, but five such drones that have been tested, approved, and are now formally available for government use — including ones from formerly consumer-focused drone companies Skydio and Vantage (each based in California) and Parrot (based in France).

The five DIU-approved drones are:

Note that there's nothing that necessarily kept these companies from selling drones to the US government before now. Skydio, for instance, tells The Verge that it's already shipped some units of the X2-D to "early access customers" and has other deals in the works.