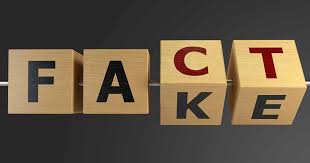 Nearly four years into his tenure and Trump has yet to take a stand against the unjust "War on Drugs," nor has his administration even tried to dismantle the systemic corruption that keeps alternative medical treatments under strict lock and key. Consequently, a petition has been formed calling on Trump to stop ignoring these crimes against humanity and get to work.

Entitled, "Stop the government from criminalizing and censoring alternative healthcare information," the petition explains that We the People have a constitutional right to use substances like chlorine dioxide, a detoxifying agent that has just been approved for use in Bolivia, but that remains a point of contention here in the United States. It also calls on other substances currently illegal or maligned to be freed from the clutches of prohibition, which continues to stand in opposition to a free and just American society.

"The FDA appears to be in full assault mode on anyone [who] educates the public regarding this [phenomenon]. Specifically, Mark Grennon [sic] and his family," the petition states.

In case you missed it, the Grenons are being held as religious prisoners due to the corruption and tyranny of the FDA, which disapproves of their selling of chlorine dioxide as a remedy for a variety of ailments, including the Wuhan coronavirus (COVID-19).

"They (the FDA) have a financial conflict of interest when inexpensive, non pharmaceutical agents successfully heal or detoxify," the petition adds. "Allowing any governmental agency to restrict a citizens [sic] right to use or discuss any such substance is potentially life threatening and should be stopped. Please sign."