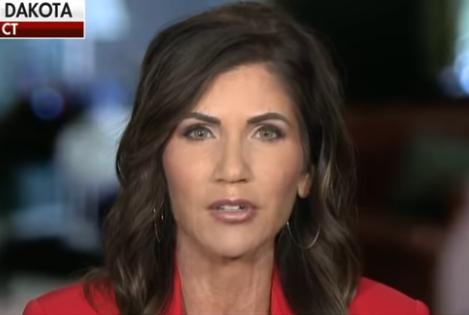 South Dakota Governor Kristi Noem, a Republican, refused recently authorized federal unemployment money because nearly 80% of job losses following the coronavirus panic have been recovered. The economy is rebounding because it was never shut down.

South Dakota turned down extra federal unemployment aid Friday due to the high rate of job recovery in the state.

"Gov. Kristi Noem (R), a vocal ally of the White House, said South Dakota did not need the additional funds because workers in her state have been rehired and that its economy is rebounding after suffering economic fallout from the coronavirus pandemic," according to The Hill.

In a statement, Noem praised President Donald Trump's leadership during recovery and said her administration was "very grateful for the additional flexibility that this effort would have provided, but South Dakota is in the fortunate position of not needing to accept it."

South Dakota's economy, having never been shut down, has recovered nearly 80% of our job losses. South Dakota is the only state in the nation that didn't have extended benefits kick in because our insured unemployment rate has been the lowest in the nation. We have the third best housing construction market in the country. And many, many businesses are looking to relocate to South Dakota because of the decisions we made during the pandemic. South Dakota is open for business — that applies to our business owners and their employees.