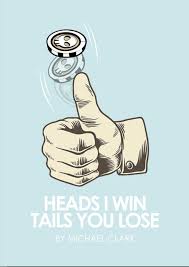 On the face of it, this seems absurd, as business interests are presumed to support capitalist, not communist regimes.

So let's have a closer look.

The Federal Reserve was incorporated in New York in May of 1914.

At that time, the Morgan and Rockefeller interests dominated not only Wall Street, but almost the entire economic structure of the US.

The American International Corporation (AIC) was organized in 1915 by Morgan and Rockefeller interests. Their offices were in the new Equitable Life Building in Manhattan.

Amongst the AIC's directors were the heads of General Electric, New York Life Insurance, the Carnegie Foundation and the National City Bank (which was used at that time to connect Morgan and Rockefeller interests). The bank had no less than ten directors on the AIC board. In addition, four directors were from the then-new Federal Reserve, including W.L. Saunders, one of the US president's closest advisors.

As luck would have it, the Federal Reserve in New York was also located in the Equitable Life Building.