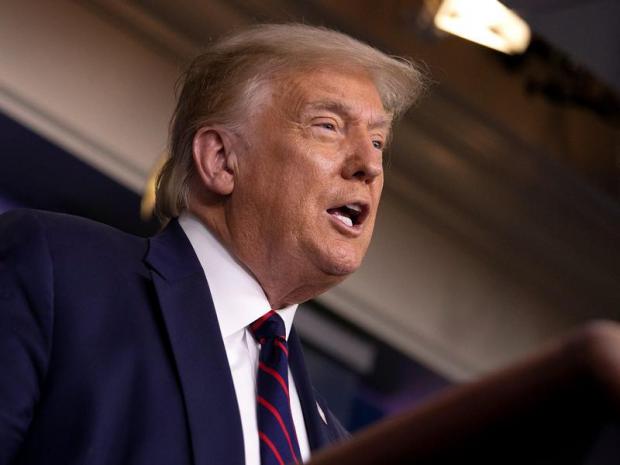 'Marjorie is strong on everything and never gives up - a real WINNER!' he praised.

Immediately following her victory Tuesday night Greene took aim at House Speaker Nancy Pelosi, calling her 'anti-American' and a 'b***h' during her victory speech, which was shared on Facebook.

'I just wanna say to Nancy Pelosi. She's a hypocrite. She's anti-American. And we're going to kick that b***h out of Congress,' Greene said.

Her remarks were met with loud cheers from her audience.

Greene reposted a 28-second clip of that part of her remarks on Twitter, and copied that language along with some other points into the text of a post.

'Nancy Pelosi impeached @realDonaldTrump. She put our country through hell with the Russian collusion conspiracy,' the GOP candidate tweeted.

'She's a hypocrite. She's anti American & we're going to kick that b****h out of Congress,' she reiterated, adding in the tweet a link to her WinRed campaign account.

When Pelosi was asked Wednesday about Greene winning and her remarks about her, the California Democrat insinuated Republicans are OK with her comments.

'They seem to be comfortable with it,' Pelosi said.

The GOP candidate has garnered national attention after expressing her support for the far-right conspiracy theory QAnon.