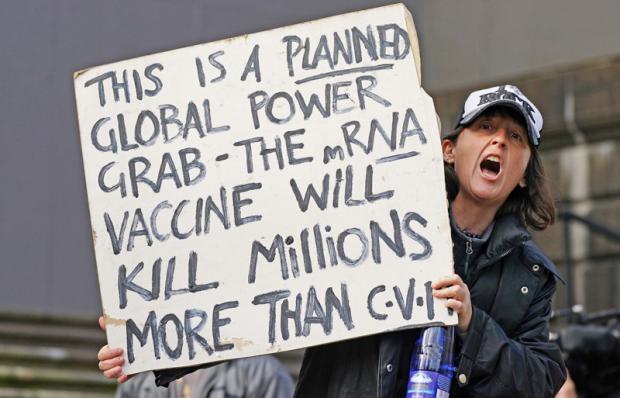 (Natural News) As COVID-19 vaccines continue to undergo clinical trials, concerns are growing about some of the components found in these vaccines. The carrier systems of many of the messenger RNA (mRNA) vaccines being developed contain a controversial chemical known as PEG, and Moderna has admitted some of the components of their mRNA technology "could lead to significant adverse events in one or more of our clinical trials."

A new technology, mRNA technology is an experimental approach that turns your body's cells into factories that create viral proteins. One of the big challenges being seen in the development of these vaccines is getting the bulky RNA payload into the body's cells intact before it breaks down. The delivery mechanism that will allow mRNA to get into the cells uses lipid nanoparticles, or LNPs. Not only do LNPs promote cellular uptake, but they also can rev up your body's immune system, which gives them inherent adjuvant properties. However, of greater concern is the fact that the LNP formulations being used in three COVID-19 vaccines are PEGylated, which means the nanoparticles have been coated with a synthetic and nondegradable polymer known as polyethylene glycol, or PEG.

PEG drugs and vaccines are very controversial given the high incidence of adverse immune reactions, and these include life-threatening anaphylaxis. Moreover, it is estimated that around seven out of every 10 Americans are already sensitized to PEG, which could mean the vaccines are less effective and that adverse effects are more likely to occur.

Should an mRNA vaccine for COVID-19 that contains PEG be approved by the FDA, it could lead to unprecedented exposure among the population and bring about serious health problems on a wide scale. Moderna documents show that the company is already aware of the safety risks linked to PEG and other aspects of their mRNA technology, but their financial interests seem to outweigh any concerns about people's health.

For example, in a corporate prospectus for their stock market launch in the end of 2018, they acknowledged the potential for their proprietary LNPs to cause "systemic side effects."

They wrote: "[T]here can be no assurance that our LNPs will not have undesired effects. Our LNPs could contribute, in whole or in part, to one or more of the following: immune reactions, infusion reactions, complement reactions, opsonation reactions, antibody reactions . . . or reactions to the PEG from some lipids or PEG otherwise associated with the LNP. Certain aspects of our investigational medicines may induce immune reactions from either the mRNA or the lipid as well as adverse reactions within liver pathways or degradation of the mRNA or the LNP, any of which could lead to significant adverse events in one or more of our clinical trials."

They added that should these problems arise, it could hurt the company's finances, business and prospects.