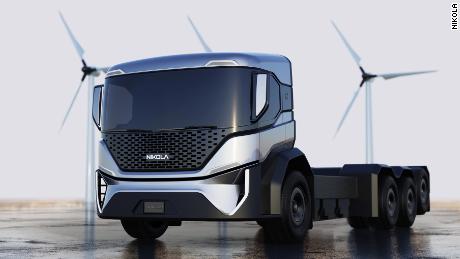 After the announcement of a new deal for at least 2,500 refuse trucks in the U.S., Nikola's stocks surged. That's despite the fact that first deliveries of the vehicles aren't even expected until 2023. That's about three years from now, assuming that everything goes to plan.

By the way, we even don't know how the detailed time frame looks like - over how many years those vehicles might be supplied - how many per year?

Anyway, Marketwatch noted the stock shot up by 14% in premarket trading Monday and then over 20% to about $45. Those are not the maximum levels, but quite a move up still.

The interesting part is that, according to Nikola's boss Trevor Milton (via media reports), the Nikola Refuse will be less expensive than the competitor's trucks (reportedly $500,000).

"Although the price of the trucks in the Republic Services order isn't disclosed, Founder Trevor Milton told the WSJ that the company is committed to a price tag under $500,000 per vehicle, which is the going rate for electric garbage trucks currently sold by Nikola's competitors."

The interesting thing about the Nikola Refuse is that it will be based on the Nikola Tre (BEV/FCV) model, envisioned for Europe, which is scheduled for 2021 (production in Germany).

Will those refuse trucks be produced in Europe or in the U.S.? There must be a reason to not use Nikola Two (BEV version) as a base for the Refuse.