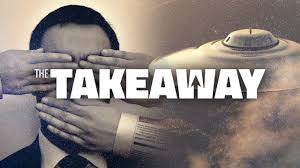 Throughout the article, Siegel cites the public health disaster that he believes ensued as a result of people questioning vaccines. He also points out that people doubt the validity of water fluoridation due to their dangerous research, and now there exists people who question water fluoridation when they shouldn't.

To both vaccines and water fluoridation, Siegel believes there is scientific consensus on safety and effectiveness, and therefore anyone doing their own research must stop, and if they come to a different conclusion than the consensus, they must be unqualified.

This is where Siegel's lack of digging and research is revealed. There is plenty of scientific evidence that would lead any functioning individual to question the safety of both vaccines and water fluoridation. In fact, the science is on the sides of both vaccines having inherent dangers we need to come to terms with, and water fluoridation having serious effects on brain function. Thousands of scientists see this. These are not rare, internet-driven realities, they are extremely well scientifically backed, and the only thing to points to them being untrue is unbacked mainstream scientific culture.

So how else do we make an informed decision? People and government took the word of educational experts that they knew best how to educate our children. Social scientist feminists said a males only role is to provide a paycheck and little else. Are we as a nation, family, as social being any better for listening to the experts? Were the experts right about eggs? the manufactured fats used for years in our food?