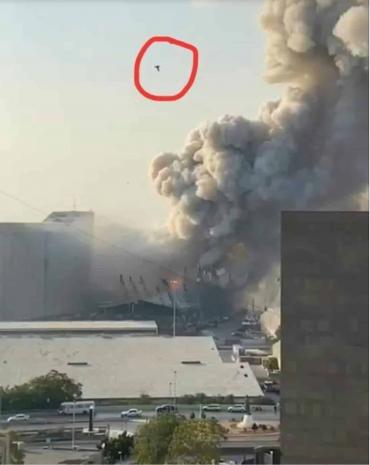 The video and stills are far better than any evidence accepted by the 9/11 Commission.

This infrared video makes much more sense than ammonium nitrate on its own. Yes NH4NO3 is an oxidising agent and explosive under the right conditions, it is also very stable.

Judge for yourself. Doctored video? Different location? Or #Beirut attacked?pic.twitter.com/T0LnUqDvoy