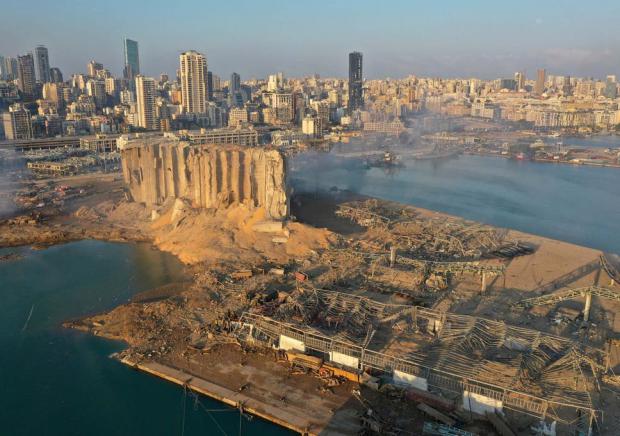 What he also knows is that Israel has planned this attack in advance, years in advance and anyone who says Israel doesn't plan that far ahead can't spell "Mossad." The shocking truth about the nuclear attack on Beirut.

"How do you know that there was in fact that barge load quantity of-AN- in the port, or a single bag of it. There was none, Just the NK that is all. The rest is fake well orchestrated ploy.

Have anyone bothered to find that supposed factory in Georgia (Initially it was reported Moldova, but when SSNPS found no source for it, they found one in Georgia). Did anyone asked the Georgian factory if they really did sell that quantity, did the Lebanese idiots test one bag of it to determine what is the real content and consistency, or they just relied on Shipping cargo manifesto papers.

When you import and Export there are LC's and other counter instruments (SGS inspection docs which did not exist for this shipment/impossible) to provide assurance for shipper that he will get paid and for buyers to receive goods which will show every detail of the transaction and the financial middleman handling the total invoice FOB.