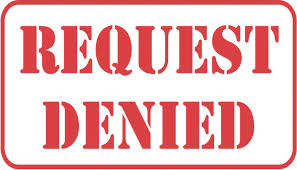 PHOENIX (3TV/CBS5) -- The Superior Court of Arizona in Maricopa County has denied Gov. Doug Ducey's appeal to essentially give gyms a fair chance to reopen.

Governor Ducey appealied the Maricopa County Superior Court decision made earlier this week that would give gyms to the possibility to reopen. They were also asking for a temporary delay to give the state and gym owners more time to consider reopening plans.

Ducey issued an executive order on July 23 that closed gyms and fitness centers for a second time because of the coronavirus spike in the state. This came after a 30-day closure as a recommendation from the White House Coronavirus Task Force.

"If we had to chose a priority in terms of what's open and what's closed, we definitely want to prioritize schools."

"The virus is mainly transmitted via respiratory droplets, including during coughing, sneezing, heaving breathing, talking or exercising. It may also be possible to contract COVID-19 by touching a surface or object. To limit the spread, the Centers for Disease Control and Prevention recommends that individuals stay at least six feet apart, avoid large gatherings, wear face coverings and wash or sanitize hands regularly," per court records.