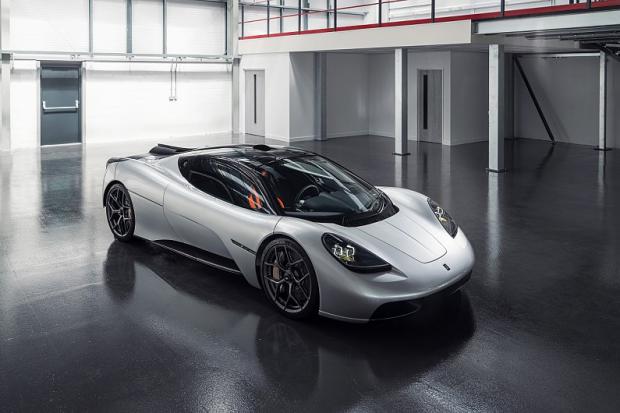 Only 100 T.50 supercars will be made, at a price of US$3.1 million before taxes. If that sounds like a lot of money, you're missing the point; the halo around this machine and the man that created it make it a virtually certain bet that anyone lucky enough to get on the list will see their investment absolutely skyrocket over time. The last supercar Murray designed, the McLaren F1, originally sold for around US$800 grand, and some are now selling for close to US$20 million.

So the T.50 is just about guaranteed to be a money-printing machine for its owners provided they keep the mileage low. And that's very sad, in a way, because nearly every fiber of Murray's being has gone into making this thing the most exciting, precise, involving and exhilarating driver's car a man with his imagination and resources could dream into existence.

His remaining being fibers have been put to work ensuring that every component in the car, seen or unseen, are engineering art as well as incredibly lightweight and high performance. After 20 years in Formula One and more in automotive design, this is his magnum opus.

The average supercar, by Murray's estimates, weighs around 1,400 kg (~3,100 lb), and for a man who's spent so much time in racing, that sort of thing will simply not do. The T.50 weighs 980 kg (2,160 lb), making it lighter than a Mazda MX5 despite the fact that it rocks a monster mid-mounted V12 Cosworth engine and has three seats instead of two and more luggage space than you'd expect.