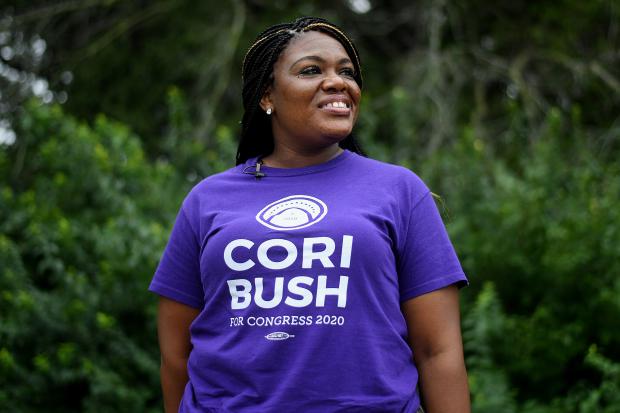 In what appears to be a replay of AOC's spectacular primary victory over Queens Democratic Boss Joe Crowley, Cori Bush, a onetime homeless woman and single mother who helped lead protests in Ferguson following the killing of Michael Brown back in 2014, has triumphed over sitting Democratic Rep. William Lacy Clay, the scion of a Missouri political dynasty.

The race was a rematch between the two candidates: Bush narrowly lost to Clay during a similar primary challenge back in 2018. However, it appears the upswell of support for BLM activists in the aftermath of the killing of George Floyd helped energize the Democratic "grass roots", who in turn helped bring Bush over the top.

Despite the COVID-19 outbreak, turnout was higher in Missouri's first district race by 6,000 votes this time around, a factor that clearly helped Bush. Bush defeated Clay with a plurality - 49% of the vote - with all precincts reporting, according to the AP.

In her victory remarks, Bush gleefully lampooned the Democratic establishment for trying to "dismiss the protester".

An emotional Bush, speaking to supporters while wearing a mask, said few people expected her to win.

"They counted us out," she said. "They called me — I'm just the protester, I'm just the activist with no name, no title and no real money. That's all they said that I was. But St. Louis showed up today."

"They're ready to turn the page on decades of failed leadership," Korth said.