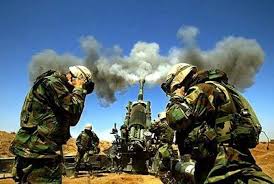 However, President George H.W. Bush decided that Iraq's aggression would not stand. The following February the U.S. forced Iraq out of Kuwait. Rather than return home, the Pentagon left bases and troops strewn about the Middle East. Through the Bush and Clinton administrations American forces maintained two no-fly zones in Iraq, launched regular bombing raids to punish Baghdad for failing to cooperate with UN nuclear inspectors and committing other alleged offenses, embargoed Iraq's oil, and funded opposition groups in a push for regime change. At a time of nominal peace the US averaged a bombing raid a week on Iraq.

President George W Bush continued Washington's unofficial war against Iraq, before deciding to use the 9/11 attacks as an excuse to invade the country and oust Hussein. Starting in March 2003, he speedily ousted Hussein. Unfortunately, Bush also triggered a bitter, bloody sectarian war and created al-Qaeda in Iraq, which morphed into the Islamic State. Iraqis and Americans are still fighting Islamist extremists, with no end in sight. Only now US forces also are primed to battle Iran, whose influence in Iraq was dramatically multiplied when Washington removed the secular Sunni Saddam Hussein from command of the majority Shia country.