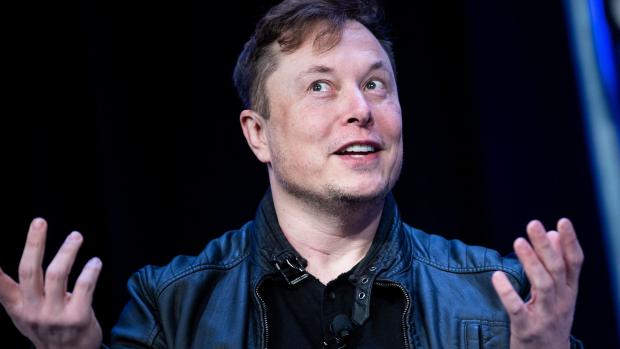 SpaceX, the company he founded in 2002, blasted two American astronauts to the International Space Station in late May and brought them safely home in a historic splashdown Sunday, heralding a new age of private-sector space travel. Tesla Inc., his electric car-maker, recently celebrated its fourth straight quarter of profit and may soon join the S&P 500 Index. This year's share rally has made the California company the world's most valuable automaker, with a market value of roughly $267 billion as of Friday's close.

And then there's Musk himself. The 49-year-old South African immigrant, who is a Los Angeles-based celebrity as much as a Silicon Valley CEO, is now the 10th richest person in the world, according to the Bloomberg Billionaires Index.

While the chief executive officers of the Big Four tech companies -- Amazon.com Inc., Apple Inc., Facebook Inc., and Google Inc. -- were derided as "Cyber Barons" during a grilling by Congress last week on antitrust issues, Musk basked in Style-section treatment in the Sunday New York Times.

It's a remarkable turnaround from the dark days of 2018, when Tesla struggled to ramp up production of the Model 3 sedan, scores of executives quit and Musk was sued by the U.S. Securities and Exchange Commission over his infamous "go private" tweet.