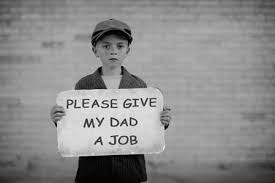 The real damage is far deeper, however, and is reflected in millions of small businesses permanently destroyed, tens of millions of households wiped-out financially and the vicious daisy chain of delinquencies, deferrals and defaults just beginning to rip through the $78 trillion edifice of debt which entombs the US economy.

Of course, most of the Wall Street talking heads were nonplussed by this week's release because, well, Q2 results are claimed to be ancient history: Reality is purportedly the "V"-shaped recovery on their spreadsheets, which really can't fail to happen because it's always two quarters out regardless of conditions at the moment.

So let's get something straight. What is happening is an economic catastrophe the likes of which we have never seen before, even during the Great Depression of the 1930s.

So it would be fair to say that measured at an annualized rate, the idiotic Dr. Fauci and his Virus Patrol have now delivered a 32.9 percent GDP plunge, which single-handedly tops the entire contraction of the Great Depression.