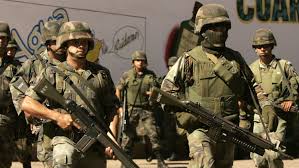 During the past 15 years or so of drug warfare in Mexico, there have been around 200,000 deaths resulting from drug war violence. 200,000 people, dead. Not because of drugs, but because of the drug war.

That's not all. There are also more than 70,000 people, including Americans, who have simply disappeared in Mexico.  Here one day, and gone the next. Their bodies have never been found. That's not because of drugs. It's because of the drug war.

Of course, many drug-war supporters respond, "Jacob, we mean well. When we support the drug war, we don't want it to kill or disappear people. We just want to rid society of drugs."