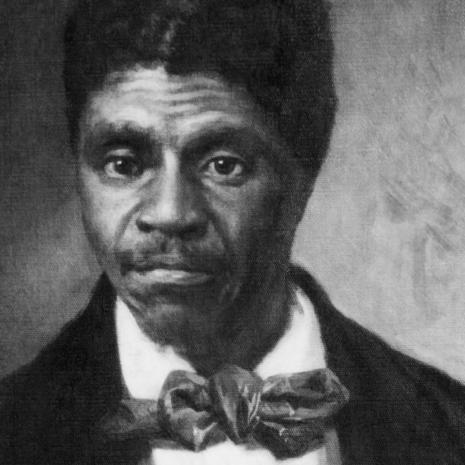 Dred Scott was a slave who belonged to a United States Army officer, an army surgeon, John Emerson.  In 1834 Emerson took Scott with him when assigned duty at Fort Snelling, which was located in Wisconsin Territory, a part of the Louisiana Purchase where slavery had been prohibited by the Missouri Compromise of 1820.

Under established law and precedent at the time, law and precedent acknowledged and upheld by southern courts, an owner who took his slave into a non-slave area was regarded as having freed the slave.  Dred Scott loved Dr. Emerson and did not press his case until years after Dr. Emerson's death.

Scott was a poor black with no resources. Irene Emerson was not wealthy, neither was John Sandford, her eventual successor in title.  Both Irene and John were ordinary folks unable to afford major litigation. The established law was in favor of Dred Scott and against Irene and John. The southern circuit court of Missouri kept to the established law and freed Dred Scott. There was no known legal basis for appealing the court's decision to free Dred Scott.