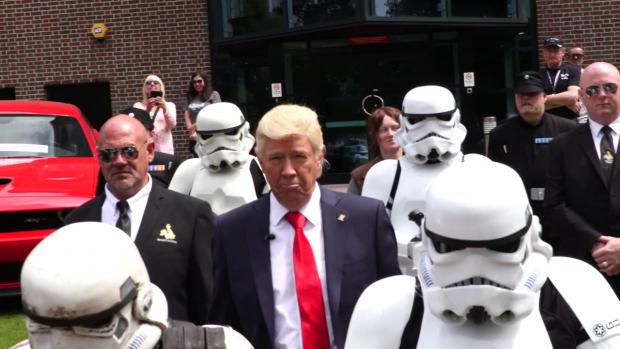 The reaction from Speaker of the House Nancy Pelosi:

"The use of stormtroopers under the guise of law and order is a tactic that is not appropriate to our country in any way."

Majority Whip James Clyburn endorsed the speaker's equating of the U.S. law enforcement officers to Ernst Rohm's SA thugs being deployed to do the dirty work of Adolph Hitler.

"Nobody asked the federal government to come into Portland. Nobody asked them to come to Seattle," ranted Clyburn. "This is something that's made up of whole cloth by this administration as an excuse for sending in stormtroopers to incite the people."

Clyburn had earlier compared the U.S. officers sent to Portland to Heinrich Himmler's Nazi secret police: "This president and this attorney general seem to be doing everything they possibly can to impose Gestapo activities on local communities, and this is what I've been warning about for a long time."

His Gestapo comparison recalls Sen. Abe Ribicoff's denunciation of the Chicago police of Mayor Richard J. Daley during the 1968 Democratic National Convention, after police clashed with radicals in Grant Park: "With George McGovern, we wouldn't have Gestapo tactics in the streets of Chicago!"

What do the men and women of the FBI, DEA, ICE, DHS, CBP and the U.S. Marshals Service think of congressional leaders who equate them with Nazi stormtroopers and the Gestapo?