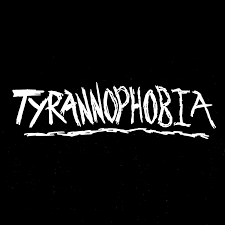 Almost 400 years ago, English philosopher Thomas Hobbes wrote a book scoffing at tyrannophobia—the "fear of being strongly governed." This was a peculiar term that Hobbes invented in Leviathan, since civilized nations had feared tyrants for almost 2000 years at that point. But over the past 150 years, Hobbes' totalitarianism has been defined out of existence by apologists who believe that government needs vast, if not unlimited power. Hobbes' revival is symptomatic of the collapse of intellectuals' respect in individual freedom.

Writing in 1651, Hobbes labeled the State as Leviathan, "our mortal God." Leviathan signifies a government whose power is unbounded, with a right to dictate almost anything and everything to the people under its sway. Hobbes declared that it was forever prohibited for subjects in "any way to speak evil of their sovereign" regardless of how badly power was abused. Hobbes proclaimed that "there can happen no breach of Covenant on the part of the Sovereign; and consequently none of his subjects, by any pretense of forfeiture, can be freed from his subjection."

Hobbes championed absolute impunity for rulers: "No man that hath sovereign power can justly be put to death, or otherwise in any manner by his subjects punished." Hobbes offered what might be called suicide pact sovereignty: to recognize a government's existence is to automatically concede the government's right to destroy everything in its domain. Hobbes sought to terrify readers with a portrayal of life in the "state of nature" as the "war of all against all" that made even perpetual political slavery look preferable. John Locke, in his Second Treatise of Government published a few decades later, scoffed at Hobbes' "solution": "This is to think that men are so foolish that they take care to avoid what mischiefs may be done them by polecats and foxes, but are content, nay think it safety, to be devoured by lions." As Charles Tarlton, a professor at the State University of New York in Albany, noted in a superb 2001 article in The History of Political Thought, Hobbes "despotical doctrine" rests upon "an absolute and arbitrary political power joined with a moral demand for complete, simple and unquestioning political obedience and, second, the concept that no action of the sovereign can ever be unjust or even criticized."