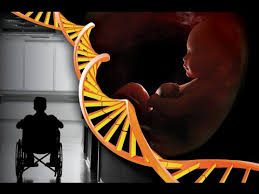 Lamenting the skyrocketing tuition rates for college students, Gates tells the Aspen Institute's Walter Isaacson that, "That's a trade-off society's making because of very, very high medical costs and a lack of willingness to say, you know, 'Is spending a million dollars on that last three months of life for that patient—would it be better not to lay off those 10 teachers and to make that trade off in medical cost?'"

Then, squirming around in his seat and looking over at the audience, Gates acknowledges that there may be some objection to this line of thinking: "But that's called the 'death panel' and you're not supposed to have that discussion."

A decade ago, when Gates made those remarks, it would be difficult to imagine an idea that was more out of touch with general public sentiment than the idea of "death panels" to free up money to hire more teachers. It was shocking enough to the general public that even the socially inept Gates realized that talking about it was verboten.