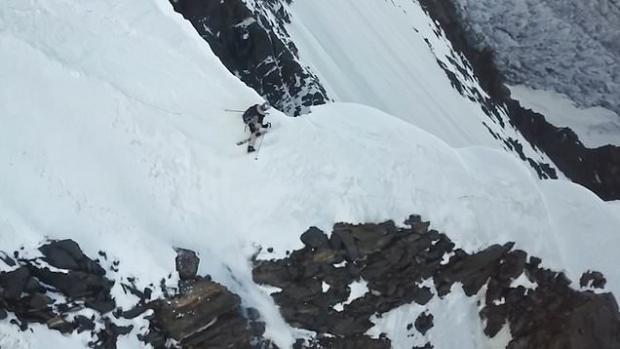 A super-athlete's mission become the only person to ever descend the world's most dangerous mountain on skis has been turned into a feature length documentary.

In 2018, Andrzej Bargiel made history when he clicked into his bindings 28,000 feet up the side of K2 in Pakistan and didn't once take them off until he was safely off the mountain.

Following a treacherous 60-hour ascent without supplemental oxygen, the Polish mountaineer had to make his way back down 'as quickly as possible' to escape the notorious 'death zone' above 8000m (26,200ft).

He then dodged ice falling 'at the speed of bullets' to reach the Messner Traverse, a barely-climbed narrow route with deep caverns on either side, and on to the crevasse-filled Kukuczka-Piotrowski route back to base camp.

On Wednesday, Red Bull released the 65-minute feature film of Andrzej Bargiel's 2018 descent, a feat which has not been matched since.

The July 22 premiere marks the second anniversary of his descent.

Andrzej's brother Bartek filmed the descent using the professional MavicPro drone which is the first in the world capable of filming at a height of 8,000 metres.

The thrill-seeker has a long history of daring climbs and descents.