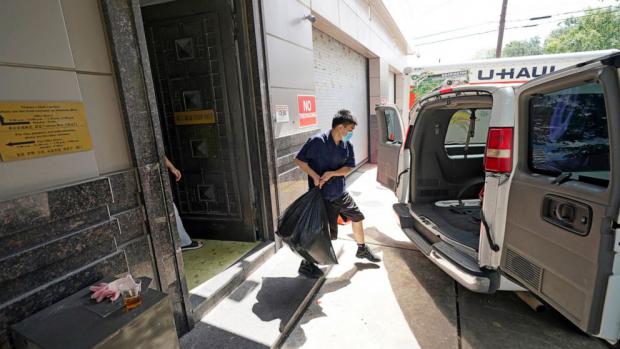 The move was a response to the Trump administration's order this week for Beijing to close its consulate in Houston after Washington accused Chinese agents of trying to steal medical and other research in Texas.

The Chinese foreign ministry appealed to Washington to reverse its "wrong decision."

Chinese-U.S. relations have soured amid a mounting array of conflicts including trade, the handling of the coronavirus pandemic, technology, spying accusations, Hong Kong and allegations of abuses against Chinese Muslims.

"The measure taken by China is a legitimate and necessary response to the unjustified act by the United States," said a foreign ministry spokesperson, Wang Wenbin.

"The current situation in Chinese-U.S. relations is not what China desires to see. The United States is responsible for all this," Wang said. "We once again urge the United States to immediately retract its wrong decision and create necessary conditions for bringing the bilateral relationship back on track."