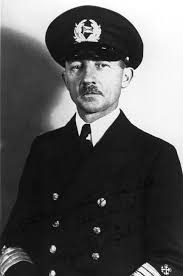 Von KleinSmid's offense? He was a supporter of the eugenics movement, and he also refused to admit Japanese American students to USC after World War II.

This week, the Los Angeles Times published an article by Steven J. Ross, a professor of history at USC, that provided another justification for removing von KleinSmid's name from that campus building. It turns out that von KleinSmid was anti-Semitic and even a supporter of Nazi Germany prior to World War II.

If we are going to remove people's names from buildings for being anti-Semitic, then shouldn't we remove President Franklin Roosevelt's name from the White House room named in his honor. Sure, it's a room, not a building, but why shouldn't the same principle still apply?

Some people undoubtedly believe that Hitler established his death camps in which he murdered millions or Jews in the 1930s. Not so. The death camps didn't get going until the middle of World War II.