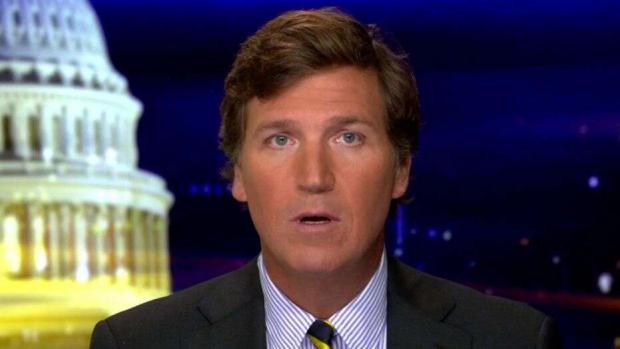 Fox News host Tucker Carlson is facing an absurd MeToo-style lawsuit after a former guest on his show claimed she was 'sexually harassed' by the sight of Carlson changing into a leather jacket while on set.

In the suit, Areu claimed she was "tied to her chair" while Carlson demanded she stay until the very end of the show to chat with him.

In reality, Areu wasn't 'tied to a chair' – her microphone that she had just used to speak on the show was attached to the chair.

Elsewhere in the lawsuit, Areu appears to be suggesting that Carlson changed in front of her while she was "tied to her chair."

In reality, the Fox News host merely changed into his leather jacket as he prepared to attend a Christmas party.

Areu then suggests that Carlson propositioned her by stating he would be alone in New York City that night at a hotel without his wife and kids.

As commentator Mark Dice points out, this could easily have been deliberately misconstrued to hide the reality that Carlson was merely expressing that he missed his wife and kids.