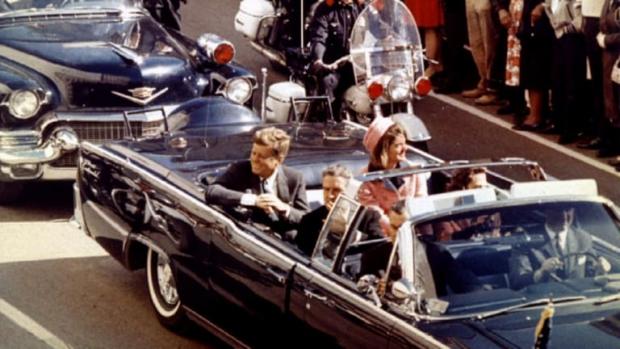 THE ROMAN POET JUVENAL ASKED, "QUIS CUSTODIET IPSOS CUSTODES?" ("WHO WILL GUARD THE GUARDS THEMSELVES?")

During the month of April, 1963, a number of strange events (or metaphoric "threads") occurred that, when woven together, suggest that they had much in common, in the context of the evolving plot to murder President Kennedy and ensure that a major change in the direction of the United States would be effected: A military/intelligence take-over of the U.S. foreign policy was the immediate goal of the forces behind the 1963 coup d'état.  Domestic policy was the secondary, albeit inseparable, goal.

The following list includes some of the most notable events that took place over a two-week period of that month:

Someone – to this day it is not clear who – shot a bullet through the window of retired General Edwin Walker, a staunchly-conservative veteran of World War II and the Korean War.  Walker, despite having been appointed by President Eisenhower to successfully lead the desegregation of Little Rock Central High School in 1957, later became associated with segregationists and members of the right-wing organization the John Birch Society.  In 1961 he became the only Army general to resign after his controversial actions related to allegedly indoctrinating troops under his command in Germany with materials that claimed that communists were in control of much of the government and were behind the racial integration program.