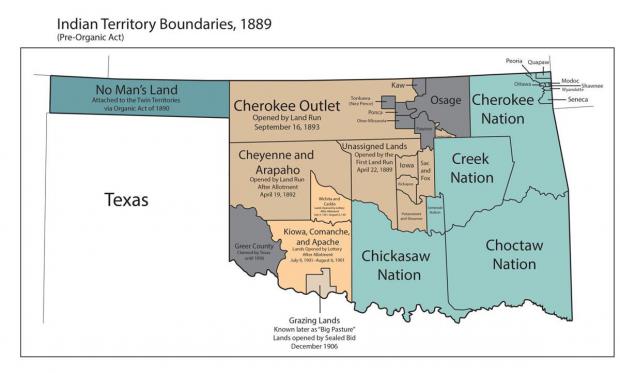 OKMULGEE – In the wake of the U.S. Supreme Court decision on McGirt v. Oklahoma, four Cherokee Nation citizens have filed a class action lawsuit in the District Court of Okmulgee claiming government entities exceeded their jurisdiction by collecting funds from American Indians.

The suit, filed July 13, asks the court to order the defending cities, counties and the state of Oklahoma to return money collected from the prosecutions of Natives, possibly with accumulated interest.

Should the courts ultimately find in favor of the plaintiffs, the decision could affect any Native Americans belonging to federally recognized tribes who were prosecuted outside federal courts for crimes allegedly committed on the land of the old reservations. Such cases could number in the thousands.

The filing is a response to the McGirt v. Oklahoma decision, in which the U.S. Supreme Court ruled on July 9 that the Muscogee (Creek) Nation reservation was never officially dissolved when Oklahoma achieved statehood.

The decision overturns the molestation conviction of MCN citizen Jimcy McGirt because it was tried in Oklahoma's court system, and is expected to affect hundreds of other criminal convictions of American Indian defendants.

With its decision, the Supreme Court is suggesting that McGirt's case – and others involving Native Americans committing serious crimes within Indian Country – fall within federal jurisdiction.

The argument that the historical MCN reservation was never terminated could expand tribal and federal authority into some affairs normally handled by the state. The court's ruling is expected to also apply to the Cherokee, Chickasaw, Choctaw and Seminole nations.