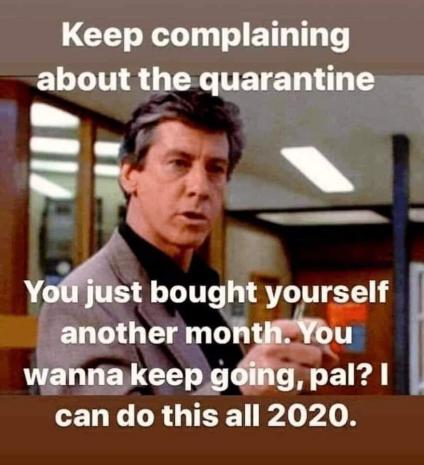 (Natural News) American hospitals will no longer send data related to the Wuhan coronavirus (COVID-19) to the Centers for Disease Control and Prevention (CDC). According to the Department of Health and Human Services (HHS), the hospitals will now send the data directly to a central database in Washington instead.

The HHS made the announcement in a statement on July 10. As part of the statement, HHS said that Vice President Mike Pence sent a letter to hospital administrators across the country asking them to send the federal government daily pandemic data on "testing, capacity, utilization, and patient flow."

According to HHS officials, the change will streamline data gathering and assist the White House in its efforts to allocate scarce resources such as personal protective equipment and medicines.

"This data will be used to inform decisions at the federal level, such as allocation of supplies, treatments, and other resources," said the HHS.

As part of the change, the federal government will no longer be sending out one-time requests for data to aid in the distribution of treatments and supplies. The daily reporting will now become the only mechanism to be used for distribution calculations.

The shift apparently grew out of a tense conference call several weeks ago between hospital executives and Dr. Deborah Birx, the coronavirus response coordinator for the White House. During the call, Birx said that hospitals were not adequately reporting their data.

According to Dr. Janis Orlowski, chief health care officer of the Association of American Medical Colleges, Birx later convened a working group of government and hospital officials who devised the new plan.

The change exposes gaps in the federal government's ability to collect and manage health data, with experts calling the existing systems antiquated at best. The CDC had been collecting coronavirus data through its National Healthcare Safety Network, which had to be expanded at the outset of the pandemic to be able to handle the vast amounts of hospital capacity and patient information specific to COVID-19.

The CDC's data collection has come under criticism throughout the ongoing pandemic. For example, in May, the agency acknowledged that in tracking the virus's spread, it had been combining tests that detect active coronavirus infections with those that detect recovery from the disease. This ended up muddying the picture of the pandemic in America, though it did raise the percentage of people tested in the country. (Related: CDC errors caused crucial delays in the war on the COVID-19 coronavirus.)

With the HHS's new system, managed by Pittsburgh-based health data firm TeleTracking, hospitals will now report their data directly to the centralized database. The only exception would be hospitals that are already reporting their data to their states. In the latter case, the states will do the reporting instead.

"Therefore, hospitals may be relieved from reporting directly to the Federal Government if they receive a written release from the State stating that the State will collect the data from the hospitals and take over Federal reporting responsibilities," said the HHS.

While the move to the new centralized system ostensibly comes with the intention of improving current deficiencies with the government's coronavirus data collection, it has received some criticism.

Unlike the CDC's old system, the HHS's new centralized database is not open to the public. This is something that could affect the work of scientists, researchers, modelers and health officials who rely on the CDC's data to make projections and crucial decisions.

"Historically, CDC has been the place where public health data has been sent, and this raises questions about not just access for researchers but access for reporters, access for the public to try to better understand what is happening with the outbreak," said the nonpartisan Kaiser Family Foundation's Jen Kates.