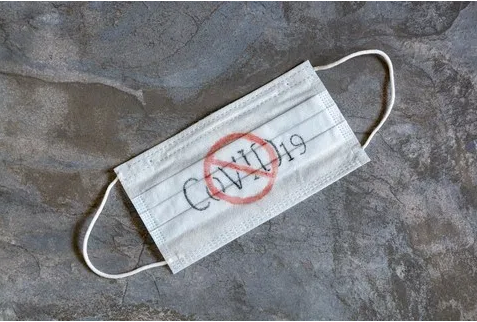 The maker of the N95 respirator mask designed it for the mining and construction industry. It filters out 95 percent of the visible airborne dust particles, keeping them from entering the lungs. It has vents so the wearers can exhale. Demolition crews use them, concrete laborers use them, so do workers who sand wood floors, gypsum board walls, and plaster ceilings. Workers in other trades, such as electrical, plumbing, rough carpentry, and wood finishers rarely wear masks. Why? They inhibit the flow of oxygen into the lungs while stifling the expulsion of waste in the form of carbon dioxide. Workers don't wear them because masks impede their work.

For too long now, health officials sold us that donning masks and other face coverings, such as bandanas, would somehow slow the spread of the nano-sized virus, SARS-CoV2, which causes the symptom complex referred to as COVID-19. Their theory doesn't hold water. It has no precedent in medicine or science. Speaking with several veteran nurses about facemasks, they stated they never wore them when treating infected patients, whether they had tuberculosis or were suffering with AIDS during the 1980s epidemic. Hospital patients never wore them either. Why? They don't protect.

How big – or small – is a nanometer? On the nano-scale, a nanometer is a billionth of a meter. It's invisible to the human eye. Put in perspective, a single sheet of paper is 100,000 nanometers thick. A strand of human DNA, identified under a microscope in the 1950s by Francis Crick and James Watson, is 2.5 nanometers in diameter.

It's not small. It's super tiny.

Still, five months into the COVID-19 virus outbreak, many states are pushing for more stringent mask orders, including wearing them outside in the summer heat and humidity. That "mandate" came, even though cases for COVID-19, influenza, and pneumonia have declined over ten straight weeks. Today, the tracking numbers will soon fall below the CDC epidemic threshold of 5.9%. When it does, their emergency will be over.

Because governors have been ignoring the reality of falling epidemic numbers, Kentucky's Agriculture Commissioner Ryan Quarles (R) and The Evans Orchard and Cider Mills, LLC, filed a lawsuit against Kentucky Governor Andy Beshear (D) handcuffing his new emergency order to wear masks on the same day it was issued.

The circuit court judge challenged Gov. Beshear, telling that in order for him to issue and enforce an executive order related to Covid-19, he must, "specifically state the emergency that requires the order, the location of the emergency, and the name of the local emergency management agency that has determined that the emergency is beyond its capabilities."

Since the court case, Kentucky had 272 new COVID-19 cases, with the governor threatening citizens to "wear masks to avoid reopening reversal."

The Hidden Agenda of Telehealth

The temporary restraining order also uncovered yet another hidden agenda by the Democrat governor. "Surprisingly, lawyers for the governor admitted in court this week that the administration used the emergency regulatory process to expand telehealth during the pandemic, but they didn't do that when they closed or began to reopen the economy," said Quarles. This goes beyond telemedicine. They are beta testing face recognition apps in order to surveil people with and without masks. This hidden agenda is for the benefit of artificial intelligence.

Many other governors, including New York's Andrew Cuomo (D) and New Jersey's Phil Murphy (D), are not basing their decisions on science. What are their hidden agendas? What ulterior motives do they have for not reopening society long after the pandemic has peaked and waned? On July 6, Cuomo continued the "temporary suspension and modification laws" for New York's emergency disaster declaration. Murphy, who had dinner with rocker John Bon Jovi on July 1 at a New Jersey restaurant while not wearing masks or following social distancing, established new rules for wearing masks outdoors a few days later.