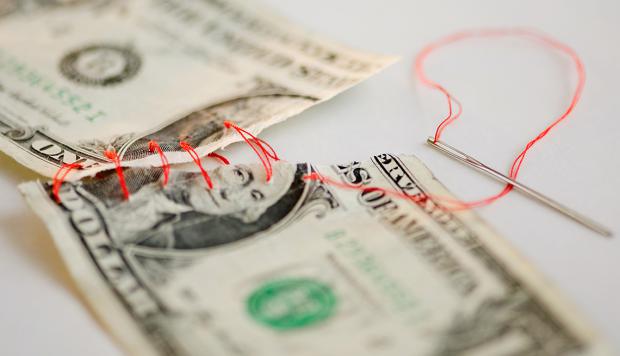 Fed money printing is an exhibition of monetarism, an economic theory most closely associated with Milton Friedman, winner of the Nobel Memorial Prize in economics in 1976. Its basic idea is that changes in money supply are the most important cause of changes in GDP.

A monetarist attempting to fine-tune monetary policy says that if real growth is capped at 4%, the ideal policy is one in which money supply grows at 4%, velocity is constant and the price level is constant. This produces maximum real growth and zero inflation. It's all fairly simple as long as the velocity of money is constant.

It turns out that money velocity is not constant, contrary to Friedman's thesis. Velocity is like a joker in the deck. It's the factor the Fed cannot control.

Velocity is psychological: It depends on how an individual feels about her economic prospects. It cannot be controlled by the Fed's printing press. It measures how much money gets spent from people to businesses.

Think of when you tip a waiter. That waiter might use that tip to pay for an Uber. And that Uber driver might pay for fuel with that money. This velocity of money stimulates the economy.