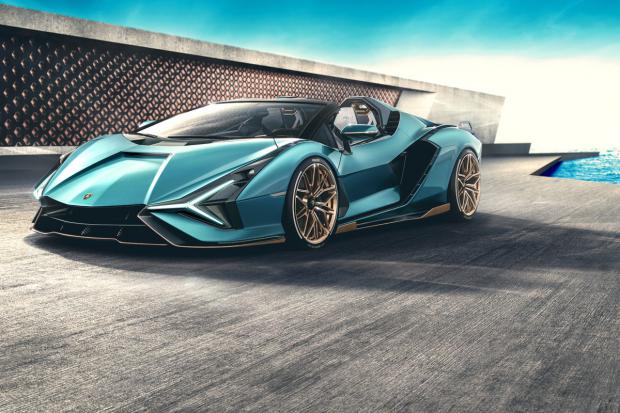 It hasn't been all that interested in the top speed battles we've seen Koenigsegg, Bugatti, Hennessey and McLaren get involved with. It doesn't go for dizzying thousand-pony horsepower figures. It hasn't really bothered all that much with high technology or electrification, and it doesn't aim to stand apart from the pack on precise handling like, say, a Porsche.

And yet the company is doing just fine, because it concentrates on something dear to the hearts of many cashed-up folk who are capable of actually splashing out on these things. Lamborghini makes some of the sickest-looking cars in the world. They're not reserved or understated. They're not obsessed with super-slippery aeros or massive downforce. They're loud, proud, brash, angular, hyper-futuristic and painted in lurid, youthful and energetic colors. They're a blood-stirring assault on the senses.

And the new Sian Roadster, as much as there's plenty else to say about it, embodies this philosophy as well as nearly anything else we've seen from Lamborghini, with the possible exception of the ludicrous Egoista of 2013. This is an outrageously, recklessy awesome-looking car, even more jaw-dropping than the hard-top Sian we first saw last year. Take a moment to click on one of these photos and flip through the gallery, it's a poster on wheels. If it's attention you crave, this car will deliver it in spades.

Alongside the regular Sian, the Sian Roadster is the most powerful Lambo ever made, at 819 horsepower. It uses the same supercapacitor-enhanced powertrain to get there, which can be viewed as a very small hybrid system dedicated purely to performance instead of economy.