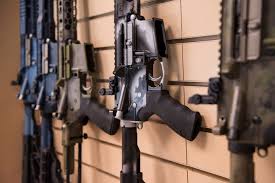 The difference between the law allowing one to prohibit one's self from buying guns and the other controls is the self-banning law does not go into effect until 2021.

The Virginia Mercury refers to Senate Bill 436 as the "Virginia Voluntary Do Not Sell Firearms List," noting that it takes effect next year.

The new law will allow anyone over 18 to add themselves to the list, designed to be kept confidential, by filling out a form with a copy of their photo ID and mailing it or delivering it to the Virginia State Police. Once a person is on the list, it will be against the law for them to purchase or possess a gun and unlawful for anyone to knowingly sell or give a gun to a person on the list. If someone on the list changes their mind, they can be removed after waiting 21 days.

Washington state adopted a similar law in 2018 and 13 people have used to the law to ban themselves from gun purchases.