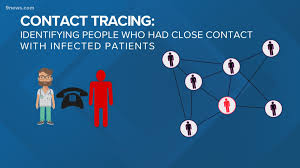 "After placing the suspect under arrest, the officer will say something similar to, 'You have the right to remain silent. Anything you say can and will be used against you in a court of law. You have a right to an attorney. If you cannot afford an attorney, one will be appointed for you.'"

Officials in New York's Rockland County announced on Wednesday that they had issued subpoenas to eight people allegedly infected by the coronavirus for refusing to speak with contact tracers voluntarily.

'The health of our county' will not be 'compromised because of ignorance, stupidity, or obstinance,' Ed Day, the county executive, told reporters.

'Failure to comply will be costly: $2,000 per day,' Patricia Rupert, the county's health commissioner, added, referring to the subpoenas, according to the Hill.