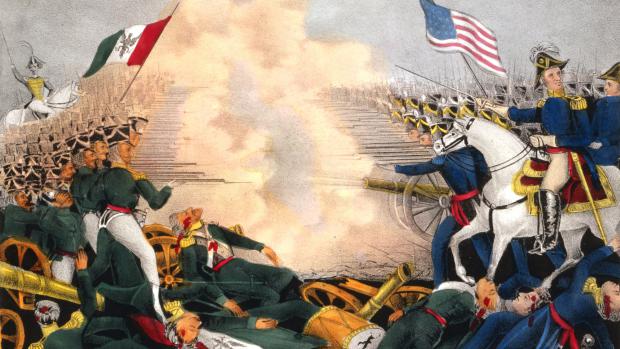 He quickly abrogated it, but the damage was done. Texas was at a point of no return, the U.S. government appeared treacherous, and Mexico subsequently amassed troops along the border. By election season, annexation seemed more a matter of when and how, not if.

Still, the establishment leadership in both parties stalled and battled the current. Tyler had clearly squandered any remaining chance for the Whig nomination, and Henry Clay stepped up, once again, to run on the party's ticket. He was the first to weigh in. In a letter published in D.C. papers, which engendered regrettable political backlash, Clay outlined his many reasons for opposing Texas's accession and warned readers that "annexation and war with Mexico are identical." The Democratic frontrunner essentially agreed. Former President Martin Van Buren seemed to be the anointed candidate for 1844, and he also opposed annexation. For Washington to unilaterally absorb Texas would, he claimed, alienate every other country in the world, and "do us more real lasting injury as a nation … [since] we have a character among the nations of the earth to maintain."

Clay and Van Buren alike would prove correct. The only problem: rational calculus rarely prevails in the emotive realm of American politics. Both men underestimated the substantial popularity of Texas annexation among the populace. That Van Buren's stance torpedoed his nomination became abundantly clear when the Democratic Party's founder, Andrew "Old Hickory" Jackson, his health failing at an advanced age, turned on his one-time successor, and declared, "Obtain [Texas] the United States must, peaceably if we can, but forcibly if we must." Jackson's words carried enormous weight west of the Appalachian Mountains and south of the Mason-Dixon Line. Van Buren was cooked, but many wondered who would replace him. Jackson had just the man in mind: his own protégé, who, though obscure, bore the nickname "Young Hickory." His name was James K. Polk.