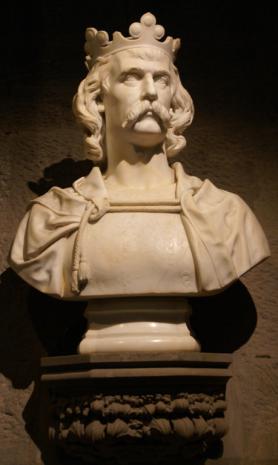 Robert the Bruce, King of the Scots, is Scotland's national hero for winning the First War of Independence against England.

Robert, 1274-1329, defeated the invading English army at Bannockburn in 1314, personally slaying a charging English knight with his battle-axe.

In June, his statue at Bannockburn was defaced with Black Lives Matter graffiti accusing him of being a racist:

Almost immediately, the Battle of Bannockburn Experience visitor center, under the National Trust for Scotland, issued an apology to blacks for Robert the Bruce's racism.

Why has Robert the Bruce been branded a racist?

The shock was widespread when the statue of Robert the Bruce close to the Battle of Bannockburn site was vandalised with graffiti calling one of Scotland's national heroes a racist.
By Alison Campsie
Monday, 15th June 2020, 5:14 pm

… But why did the First King of Scots and leader of Scotland's forces during much of the first Wars of Independence come under such an attack?

A statement from the Battle of Bannockburn Experience visitor centre has attempted to illuminate the issues surrounding the vandalism, the racism claims and why Bruce has been portrayed in this way.

While it is was not immediately apparent what the graffiti was referencing, it may relate to the fact that Bruce had his heart taken on a crusade following his death in 1329, the centre said.