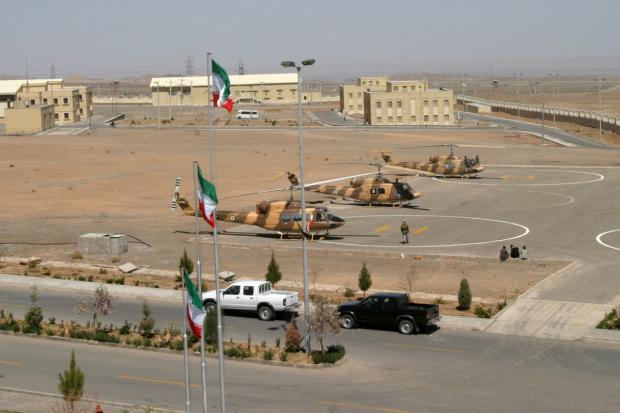 Israel was responsible for two blasts at Iranian facilities — one related to uranium enrichment, the other for missile production — over the past week, a Kuwaiti newspaper reported Friday.

The Al-Jareeda daily cited an unnamed senior source as saying that an Israeli cyberattack caused a fire and explosion at the largely underground Natanz nuclear enrichment facility in the predawn hours of Thursday morning.

According to the source, this was expected to set back Iran's nuclear enrichment program by approximately two months.

The newspaper also reported that last Friday Israeli F-35 stealth fighter jets bombed a site located in the area of Parchin, which is believed to house a missile production complex — an area of particular concern for the Jewish state, in light of the large number and increasing sophistication of missiles and rockets in the arsenals of Iranian proxies, notably Lebanon's Hezbollah.

Neither of these claims were confirmed by Israeli officials, who have been mum on the reports.

The reported Israeli strikes followed an alleged Iranian attempt to hack into Israel's water infrastructure in April, an effort that was thwarted by Israeli cyber defenses, but if successful could have introduced dangerous levels of chlorine into the Israeli water supply and otherwise seriously interrupted the flow of water throughout the country.