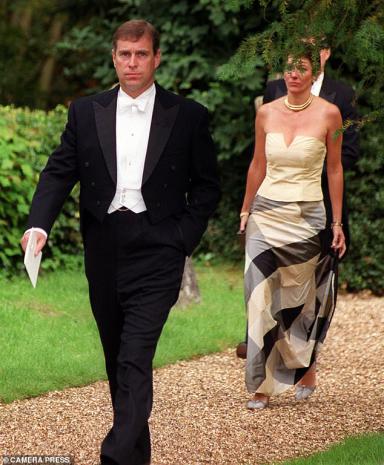 Jeffrey Epstein's victims have another shot at justice. Here's hoping they get it.

Her guilt, in the court of public opinion, isn't in question.

The only question is: Will the federal government keep Maxwell alive to stand trial?

There's good reason conspiracy theories still swirl around Epstein's suicide, nearly one year ago, in a downtown federal prison — a prison, by the way, that safely housed Bernie Madoff, the 1993 World Trade Center bomber, El Chapo and a terrorist who told the New York Times it was tougher than Guantanamo Bay — and he would know, because he'd been held in both.

It stands to reason that the federal government should be able to contain a socialite.

At the time of his death, Epstein was likely the most high-value prisoner in federal custody. He had ties to incredibly powerful men who had everything to lose if they were exposed. He was that most vile of criminals, a pedophile, a child molester, a rapist and a sex trafficker.

Maxwell is the last chance these victims have at justice. Epstein's suicide was yet another brutal victimization. The federal government — if only out of its own self-interest — cannot let a prison suicide (or "suicide," depending on what you believe) happen again.

Maxwell must be treated as she is: as high-value as Epstein, as dangerous and sneaky, kept under the strictest 24/7 suicide watch.

Here's a detail that should make prosecutors and prison guards nervous: In the recent Netflix documentary "Jeffrey Epstein: Filthy Rich," a survivor stands outside Epstein's Manhattan townhouse and points to pockmarks in the edifice.

Such pockmarks, she says, were all over the interior. The entire house — every room, every bed, every bathroom, shower and toilet — was rigged with cameras and audio. Epstein kept a secret room full of monitors and watched his guests in real time. He blackmailed the powerful men who would visit and use his girls.

If Maxwell dies in custody, the federal government will take a hit from which it may never recover.

Consider the testimony of survivors in the same documentary.

"Tears of joy were streaming down my face," Virginia Roberts Giuffre said upon hearing of Epstein's arrest.

"Oh my God," said Michelle Licata. "Finally. He is going to pay for everything he has done."