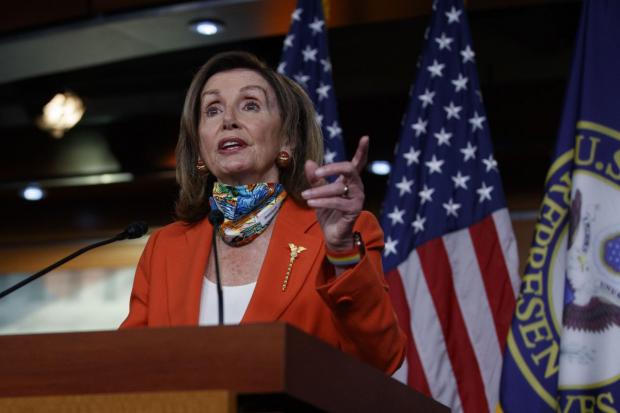 The Democratic-led House of Representatives approved a massive infrastructure bill Wednesday, sending it to the Senate before lawmakers headed home for the July 4 holiday.

The Senate is unlikely to take it up and Senate Majority Leader Mitch McConnell said it will join other House proposals he said have been passed with an eye more on the November elections than on getting bills enacted into law.

"This so-called infrastructure bill would siphon billions in funding from actual infrastructure to funnel into climate change policies," McConnell, a Kentucky Republican, said on the Senate floor Wednesday morning.

"So naturally, this nonsense is not going anywhere in the Senate. It will just join the list of absurd House proposals that were only drawn up to show fealty to the radical left," he said.

Democrats see their $1.5 trillion-plus effort as the comprehensive solution to a variety of ills. The bill, named the "Moving Forward Act," includes a multi-year reauthorization of the government's surface transportation programs to replace the current law that expires Sept. 30. But it also includes $130 billion for schools, $100 billion for rural broadband, and $100 billion for affordable housing.

"Moving forward, that's exactly what this legislation will enable our country to do. H.R. 2 takes bold, broad and transformational action to rebuild our infrastructure and make it smarter, safe and built to last while addressing key injustices in America," House Speaker Nancy Pelosi said on the House floor Tuesday.