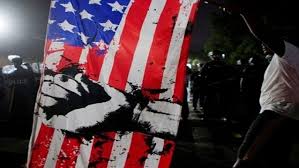 It was always a paradox: John Stuart Mill, in his seminal (1859), On Liberty, never doubted that a universal civilisation, grounded in liberal values, was the eventual destination of all of humankind. He looked forward to an 'Exact Science of Human Nature', which would formulate laws of psychology and society as precise and universal as those of the physical sciences. Yet, not only did that science never emerge, in today's world, such social 'laws' are taken as strictly (western) cultural constructs, rather than as laws or science.

So, not only was the claim to universal civilisation not supported by evidence, but the very idea of humans sharing a common destination ('End of Times') is nothing more than an apocalyptic remnant of Latin Christianity, and of one minor current in Judaism. Mill's was always a matter of secularized religion – faith – rather than empiricism. A shared human 'destination' does not exist in Orthodox Christianity, Taoism or Buddhism. It could never therefore qualify as universal.