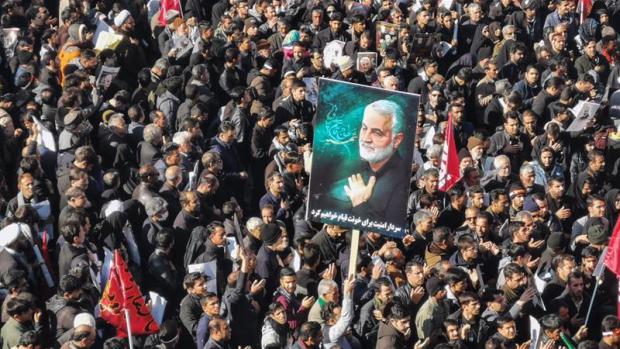 According to CNBC, Tehran is asking Interpol for help. The attorney general of Tehran, Ali Alghasi-Mehr, said that Trump, and 35 others that Iran has accused of being involved in Soleimani's death, faces "murder and terrorism charges." He was also quoted as saying that he asked Interpol to issue "red notices" for them, which is the highest level of an Interpol arrest notice.

However, Interpol's guidelines forbid it from "undertaking any intervention or activities of a political" nature. Also, red notices cannot force other countries to extradite suspects.

In other words, this means nothing for Trump—it's just an empty, angry vent from the Iranian mullahs.

And it's fun to watch the world's largest state-sponsor of terror, responsible for killing thousands of Americans over the decades, flail like this. Couldn't have happened to a nicer bunch of people.