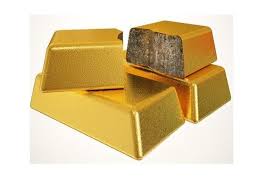 The news would spark a brief wave of outrage, prompting physical gold holders to run ultrasound spot checks of their inventory, at which point interest would wane and why not: buyer, after all, beware in gold as in every other market, and if someone is spending thousands to buy fake gold, well that's Darwinism in action.

Yet one market which seemed stubbornly immune to any counterfeiting was that of physical gold in China, which was odd considering that over the past decade China had emerged as the world's biggest counterfeiter of various, mostly industrial metals used to secure bank loans, better known as "ghost collateral", and which adding insult to injury, would frequently  be rehypothecated meaning often several banks would have claims to the same (fake) asset.

All that is about to change with the discovery of what may be one of the biggest gold counterfeiting scandal in recent history. And yes, not only does it involve China, but it emerges from a city that has become synonymous for all that is scandalous about China: Wuhan itself.

With that preamble in mind, we introduce readers to Wuhan Kingold Jewelry Inc., a company which as the name implies was founded and operates out of Wuhan, and which describes itself on its website as "A Company with a Golden future."