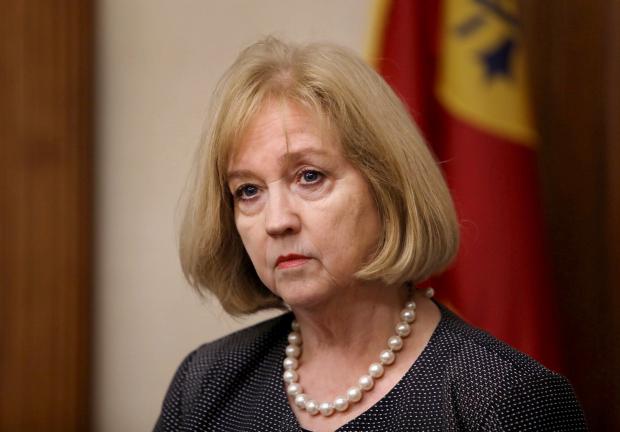 Calls are mounting for the mayor of St. Louis to resign after she read out the names and addresses of protesters demanding the closure of an 'inhumane' city jail during a Facebook Live briefing.

More than 27,000 people have signed a petition demanding Mayor Lyda Krewson's resignation and blasting her for 'directly endanger[ing] the lives of protesters' following Friday's online event.

Krewson shocked listeners when she reeled off the personal details of demonstrators  - some reportedly up to 10 times - sparking major fears for their safety.

She singled out the individuals after they had written to her with their proposals for police reform including cuts to law enforcement budgets.

'They presented some papers to me about how they want the budget to be spent,' the mayor said with disdain.

Krewson then proceeded to read the full name of the individual and their personal home address.

In the shocking video, she continues with a handful of other protesters who have written to her, also making public their names and addresses to everyone tuning in.

Outraged city residents slammed her actions on social media with live comments urging her to stop sharing the personal details of protesters.