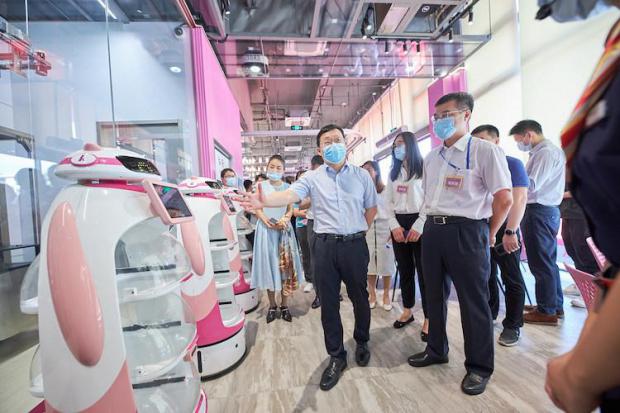 The timely opening of the contactless restaurant comes as the industry is hell-bent on reducing human-to-human contact due to virus transmission risks.

The Qianxi Robot Catering Group, a subsidiary of Country Garden, recently announced in a press release that is has opened up a robot-powered restaurant in the city of Shunde in China's Guangdong province.

"Powered by the latest in advanced technologies, the restaurant has separate sections for Chinese food, hot pot, and fast food and features a wide selection of dishes, each one of which is delivered to the waiting diner within seconds," the release states.

The restaurant has more than 20 robots capable of preparing up to 200 menu items that can be served in as little as 20 seconds. Many of the dishes are Chinese cuisine, clay pot rice, and noodles.

Though the release wasn't specific on robot tasks in the kitchen, there is a fleet of pink server robots on the front-end of the restaurant that delivers dishes to patrons.

As the virus pandemic continues to rage, robot-run restaurants are taking off across the world. We noted Friday, fast-food chain Kentucky Fried Chicken (KFC) debuted the "restaurant of the future," where automation and food lockers dominate the storefront.