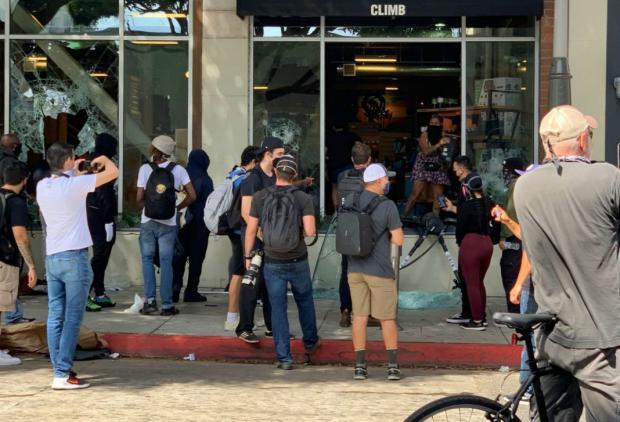 Conservatives indignantly say that the looters were acting immorally because they trespassed onto privately owned businesses and stole merchandise that belonged to the owners. The essence of this conservative moral outrage is that it's wrong to trespass, burglarize, and steal.

Okay, fair enough. Conservatives are absolutely right with respect to such moral principles.

Where the hypocrisy enters the picture is with respect to conservative support of what is commonly referred to as "the welfare state," especially with respect to its two crown jewels, Social Security and Medicare, which conservatives absolutely adore. On top of those two socialist programs are a multitude of others that conservatives support, such as farm subsidies, education grants, public schooling, corporate bailouts, and SBA loans.

The welfare state is based on the concept of using the government to forcibly take money to whom it rightly belongs and give it to people to whom it does not belong. In a moral sense, it's no different from what the looters are doing. It just looks like that way because it is the IRS that is forcibly seizing the loot in the form of income taxes and then handing it over to welfare-state bureaucracies to distribute to others.