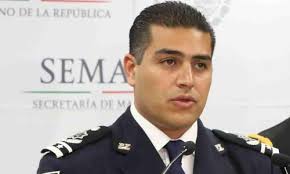 Mexico City's public security chief, Omar Garcia Harfuch, survived the attack and his now considered "out of danger" according to Mexico City Mayor Claudia Sheinbaum. The top cop was wounded and is in the hospital, while at least two of his police bodyguards were killed.

Though details remain sparse, the attack appears to have been a major public street shootout scenario, akin to much of the cartel violence Mexican towns have been prone to, given the mayor also said an "undetermined number of people were killed" in the morning shootout.

"The police say that gunmen armed with .50 caliber sniper rifles and grenades exchanged fire with the chief's security detail," AP reports. A woman who happened to be driving by was also shot and killed.

Local media says the attack occurred at around 6:30am, shocking the wealthy neighborhood district of Lomas de Chapultepec. Interestingly, such a violent scene is said to be extremely rare in the that part of the city. Gunshots were reportedly heard ringing out for several minutes as the streets erupted in chaos.

It's as yet unclear who the assassins or perpetrators were, however, Reuters described based on local officials that arrests have been made:

Speaking at a regular government news conference, President Andres Manuel Lopez Obrador attributed the outbreak of violence to the work of local officials to establish order in the city.

Residents said heavy gunfire rang out for several minutes during the attack in Lomas de Chapultepec, which is home to many wealthy residents and the location of ambassadorial residences.