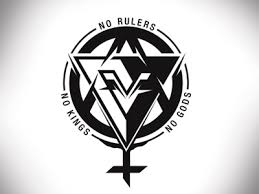 As Mao Tse-tung, lately one of the world's leading experts on government, said: "The power of the state comes out of a barrel of a gun."

There are two possible ways for people to relate to each other, either voluntarily or coercively. And the State is pure institutionalized coercion. It's not just unnecessary, but antithetical, for a civilized society. And that's increasingly true as technology advances. It was never moral, but at least it was possible, in oxcart days, for bureaucrats to order things around. Today it's ridiculous.

Everything that needs doing can and will be done by the market, by entrepreneurs who fill the needs of other people for a profit. The State is a dead hand that imposes itself on society. That belief makes me, of course, an anarchist.