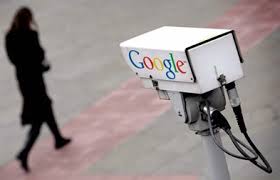 NBC News reports that Google CEO Sundar Pichai announced in a recent blog post that the web giant would be changing the default options on its services, claiming that users' browsing history and location data would only be stored on Google's servers for 18 months.

Currently, users have to specifically state that they want their activity data to be deleted by Google, according to Pichai, the firm's new default options will mean that users' data is continuously being stored and deleted. "This means your activity data will be automatically and continuously deleted after 18 months, rather than kept until you choose to delete it," Pichai said.

No changes will be made to existing Google accounts and users who have already turned on their location history in Google settings, but the firm plans to inform existing users of the new option to set up auto-deletion of their data after three to 18 months. Users' can also opt to have none of their data history stored whatsoever.

The decision from Google comes as many grow wary of Silicon Valley tech giants growing control over user personal data, which Google uses to fuel its extremely lucrative advertising business by allowing advertisers to better target their ads towards consumers based on their personal data.

Privacy advocates have criticized Google for some time for collecting and storing data for much longer than is necessary to operate its services. Breitbart News reported last week that a spyware attack targeted users of Google's Chrome web browser via browser extensions which received 32 million downloads. Google stated that it removed more than 70 malicious extensions from its Chrome Web Store after researchers at Awake Security alerted them to the issue.