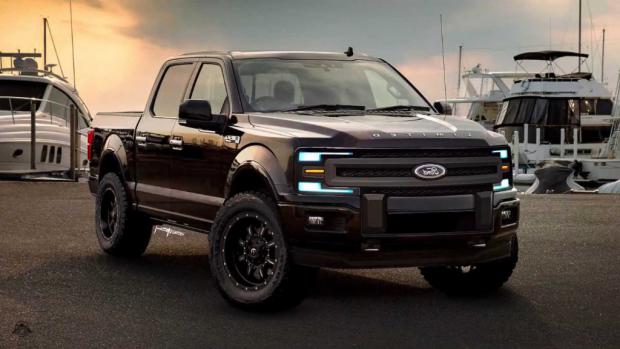 Ford will take the wraps off its 2021 F-150 full-size pickup Thursday, June 25, and in this COVID-19 era, that means the debut won't be in a crowded arena or auditorium full of media and special guests, it'll take the form of a streamed online presentation. As America's best-selling vehicle and the linchpin of the automaker's profits, the stakes for this new truck couldn't be higher. The rollout event for the 14th-generation F-Series will be emceed by Denis Leary, the actor and comedian who has been the voice of Ford Trucks since the mid-2000s.

With his gritty, streetwise demeanor, Leary has long played the role of the blue-collar everyman in movies like The Ref and The Thomas Crown Affair and TV series like his recently concluded FX Network drama Rescue Me, all of which seem to have made him a natural fit for a truck spokesperson. But as Leary told me in a phone interview on Tuesday, he has also been a longtime truck owner and heavy-duty user himself: "My wife [writer Ann Leary] is a horse woman, so I've always been lugging horses, driving them around, dragging them from place to place. So we actually use our truck and beat the living daylights out of it. So I'm actually a customer," he said. The Leary family presently owns an F-250 Super Duty.

In recent days, Leary has been working with Ford shooting the 2021 F-150 reveal presentation and other promotional materials. Given the pandemic, the process has been a bit nontraditional: "We were shooting under strange circumstances, so we had to social-distance, and we're in a very big space and cameras are sort of far away," he said.