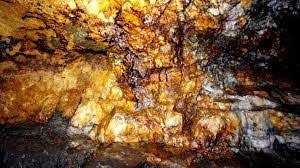 Continental Gold Inc. was acquired for C$1.3 billion in early March by Zijin Mining Group Co. The company's asset, the Buriticá Project, is the most advanced underground gold mining operation in Colombia. Buriticá is one of the world's largest high-grade gold projects, with production scheduled to begin in 2020. Mineral reserves are estimated to be 3.7 million ounces of gold with 8.4 g/t of gold (13.7 million tons).

Guyana Goldfields was acquired by Zijin Mining Group for C$323 million on June 12th.. Zijin won the bidding war as it valued the company 35% higher than the previously accepted offer from Silvercorp Metals. Guyana Goldfields is a mid-tier gold producer primarily focused on the exploration, development, and operation of gold deposits in Guyana, South America. Its 2019 production guidance was between 145,000 – 160,000 ounces.

Cardinal Resources was acquired by Shandong Gold Mining for A$300-millio on June 18. Cardinals Namdini Project has a Proved and Probable Ore Reserve of 5.1 Moz.